VCFA had fantastic representation at the Sundance Film Festival this year! In addition to pleasure-goers, like our own Annie Howell, several alumni and students were there to speak and show support for their projects. 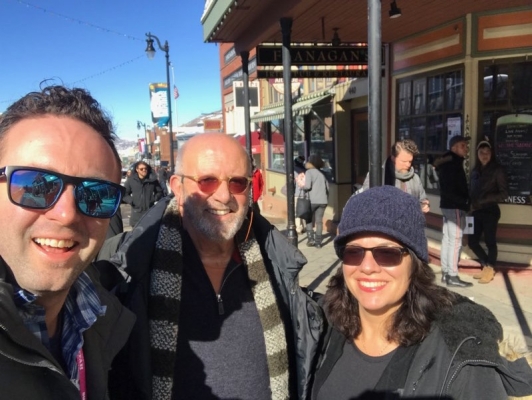 Recent VCFA graduate Jason Rosenfield was at the festival in support of the new Amazon docuseries LORENA which he worked on as Supervising Editor. LORENA will be available to stream on Amazon February 15th, 2019.

Lorena Bobbitt became a household name in 1993, when accounts of a mutilation dominated headlines: she cut off her husband’s penis, and the country collectively gasped. Twenty-five years later, Joshua Rofé excavates the scandalized case through a modern cultural lens. Each episode of this four-part docuseries, executive produced by Jordan Peele, builds upon the last, exposing the issues surrounding the couple and their criminal trials—Lorena’s then-husband, John Wayne Bobbit, for marital sexual assault, and Lorena for malicious wounding. In unearthing the long-term abuse that precipitated the infamous night, Rofé dives into a wider discussion about the lack of support for domestic-violence victims, the power and fragility of the word penis, John’s increasingly unpredictable life post-recovery, and how the public’s insatiable appetite for the Bobbitts’ story paved the way for the 24-hour news cycle. Rofé’s re-examination restores depth to a woman reduced to parodies and caricatures and prompts us to reconsider our preconceptions.

Alumnus Ian Cheney (’18) was at the festival as one of five inaugural Science Sandbox Nonfiction Project fellows to participate in a panel discussion titled “Exploring Boundaries” which focused on the intersection between science and storytelling. Cheney was selected as a recipient of the Science Sandbox Nonfiction grant in November 2018 for his film THE MOST UNKNOWN which he directed and produced. 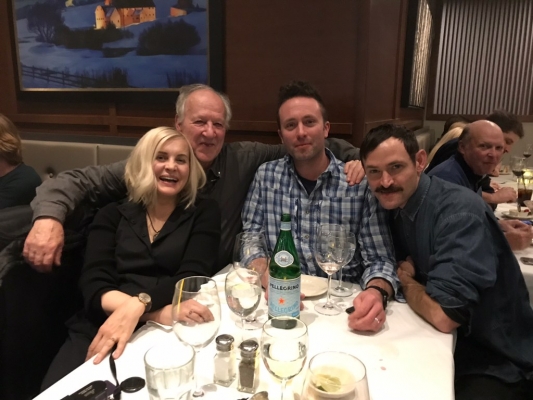 Ian Cheney (’18) center, enjoying a meal with Lena and Werner Herzog, and Greg Boustead (co-producer THE MOST UNKNOWN).

Through imagination and exploration and a deep sense of wonder, scientists and artists aim to reveal deeper truths about our world—in different and sometimes surprisingly similar ways. Join us, our project fellows, and other special guests as we celebrate the inaugural year of the Science Sandbox Nonfiction Project and engage in a conversation between legendary filmmaker Werner Herzog and renowned astrophysicist and novelist Janna Levin about experimental science storytelling. 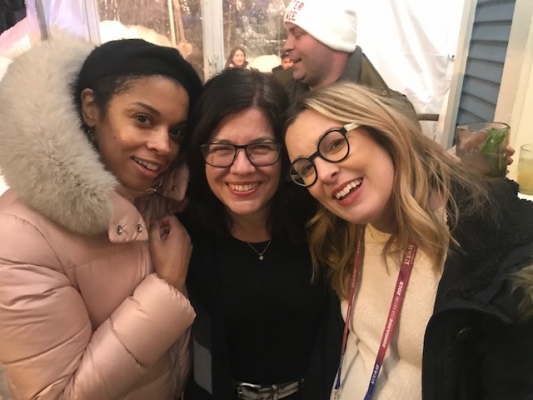